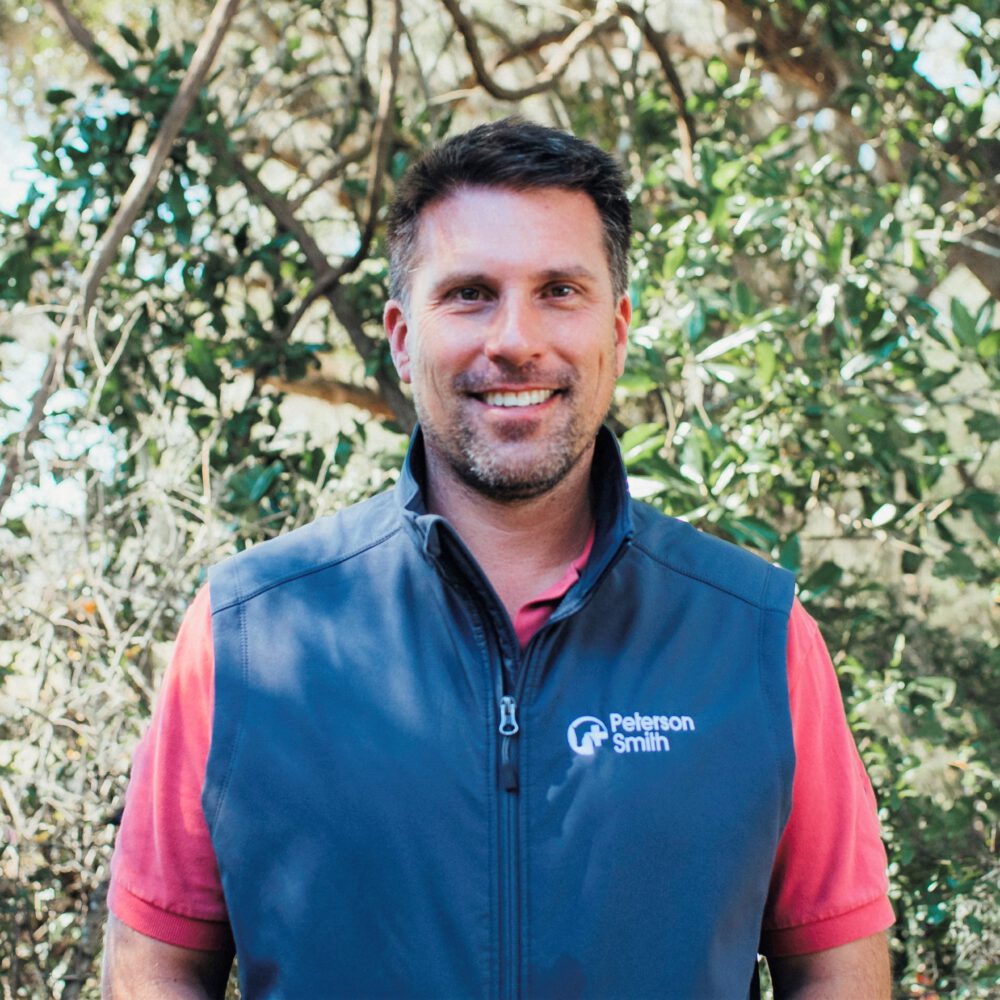 Dr. Adam Cayot grew up on a small farm in Lebanon, Ohio, and was introduced to veterinary medicine at an early age. He showed hunter/jumpers from the time he was eight until his freshman year in college. There was never any doubt that once he entered veterinary school that he would pursue a specific path towards equine medicine.

Dr. Cayot graduated from The Ohio State University College of Veterinary Medicine in 2001 and started his internship at Peterson Smith Equine Hospital + Complete Care shortly after graduation. After completing his internship, Dr. Cayot remained a valuable part of the Ambulatory team as an Associate. In addition to providing general veterinary services, he also has a special interest in dentistry and sports medicine. Most of all, he thoroughly enjoys the diversity that each day presents and the people he meets along the way.

When Dr. Cayot is not running calls, he’s usually chasing his three kids around. In his free time, you can catch him biking, running, fishing or going to the gym. He owns a French bulldog named Winston and his daughter has a fish named Bubbles.