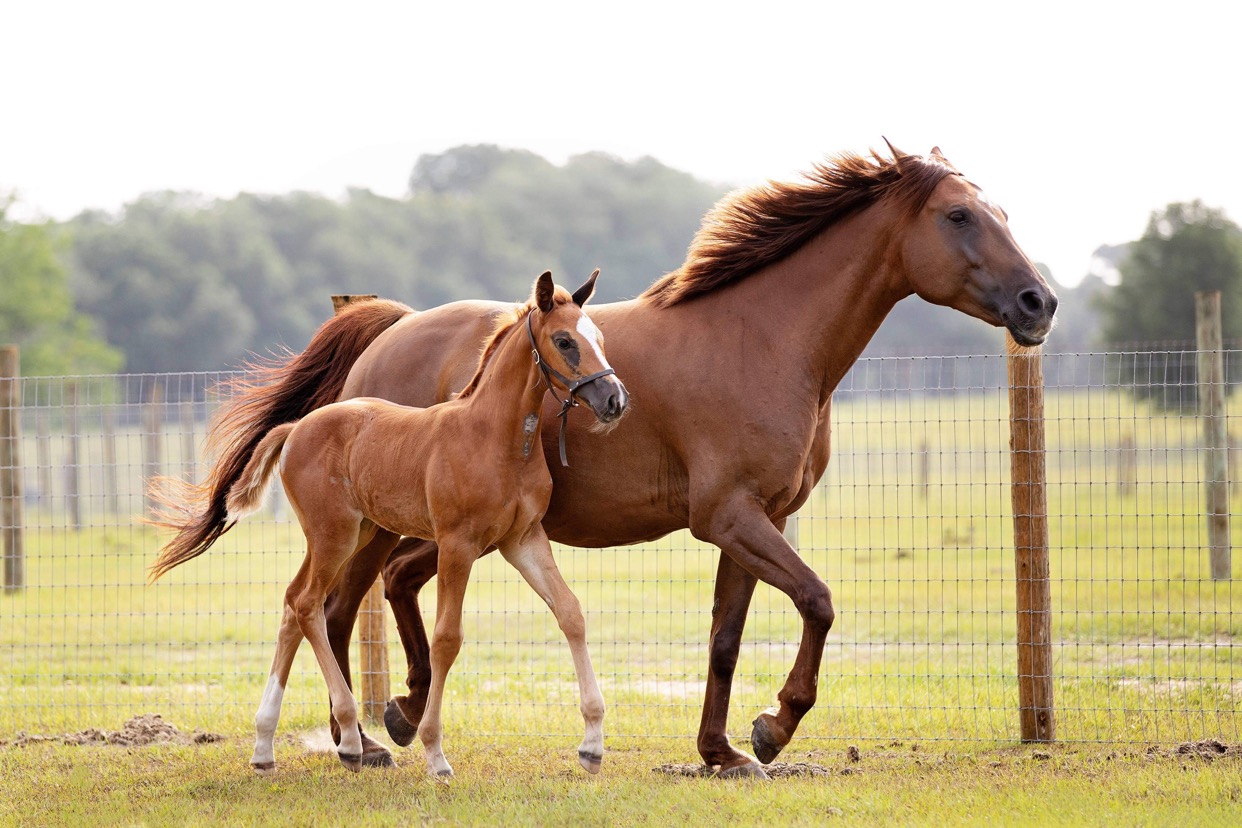 If you’re a local to Ocala and horse show, you probably have heard of the name Emily Holmes. Originally from Maine, Emily has truly made Ocala her home. She graduated from the University of New Hampshire with a bachelor’s in Equine Studies and Industry Management. During that time, she had an internship with a Dutch Warmblood breeder and a competition management internship. Little did Emily know how much those two internships would contribute to her success. When she moved down to Ocala, she dreamed of breeding horses and owning a boarding barn. She’s achieved that dream, along with becoming an accomplished equine event coordinator.

Emily is the organizer representative for the United States Eventing- Area III. She worked at the Florida Horse Park from 2015 to 2020. In that time, she increased their events from 60 a year to 110 a year. She reached out to as many equine breed groups and clubs as she could think of to see if they were interested in hosting an event at the Horse Park. In addition to reaching out, she built a strong network of people while working 14–16-hour days at the shows. More events created a much larger stream of income which Emily oversaw, including six new barns with 160 Priefert stalls, the development of a modified and advanced cross-country course, and the n4 new martin Collins Arenas with Damman Risohorse System.

The downtime of covid helped Emily realize what she really wanted, which was to be an agent for top-level riders- handling their social media, website, sponsorship, and sales video. To help her achieve that goal, she decided to pursue grad school, which led her to leave The FL Horse Park. Since leaving the horse park, she’s been attending UF College of Journalism and Communications, earning her Master’s in Public Relations, and been working as a full-time freelancer. She offers event organizing, branding, and public relations. Her freelancing business has been off to a great start as she still plans events for the Florida Horse Park and has been recruited for barn staple south. She owns several horses with 2 of her own foals  and four boarders foals. She recently built her dream barn in Williston.

In 2020 Emily’s foal, Squeeks, had an eye ulcer. Dr. McFarlin treated the eye every hour for two and half weeks. Then treatments went down to two hours and a four-hour break from midnight to 4 am. She came home for a week at which point, Emily called Dr. McFarlin, telling her she thinks Squeeks ruptured her eye. Dr. McFarlin replied with, “on her way.” Fifteen minutes later, she arrived, referring Sqeeks to the clinic. Emily explains she was devastated and Dr. McFarlin shared her pain.

Squeeks now has one eye after enucleation with Dr. Kent but is happy and healthy! Squeeks has great confirmation and Emily plans to breed her at 3 years old and put her in training at 4 years old. Emily has earned her bronze medal on her wonder pony- Max. Outside of her career plans Emily hopes to compete in eventing, dressage, and jumpers with the right horse. She will continue to hoard broodmares and breed fabulous babies.