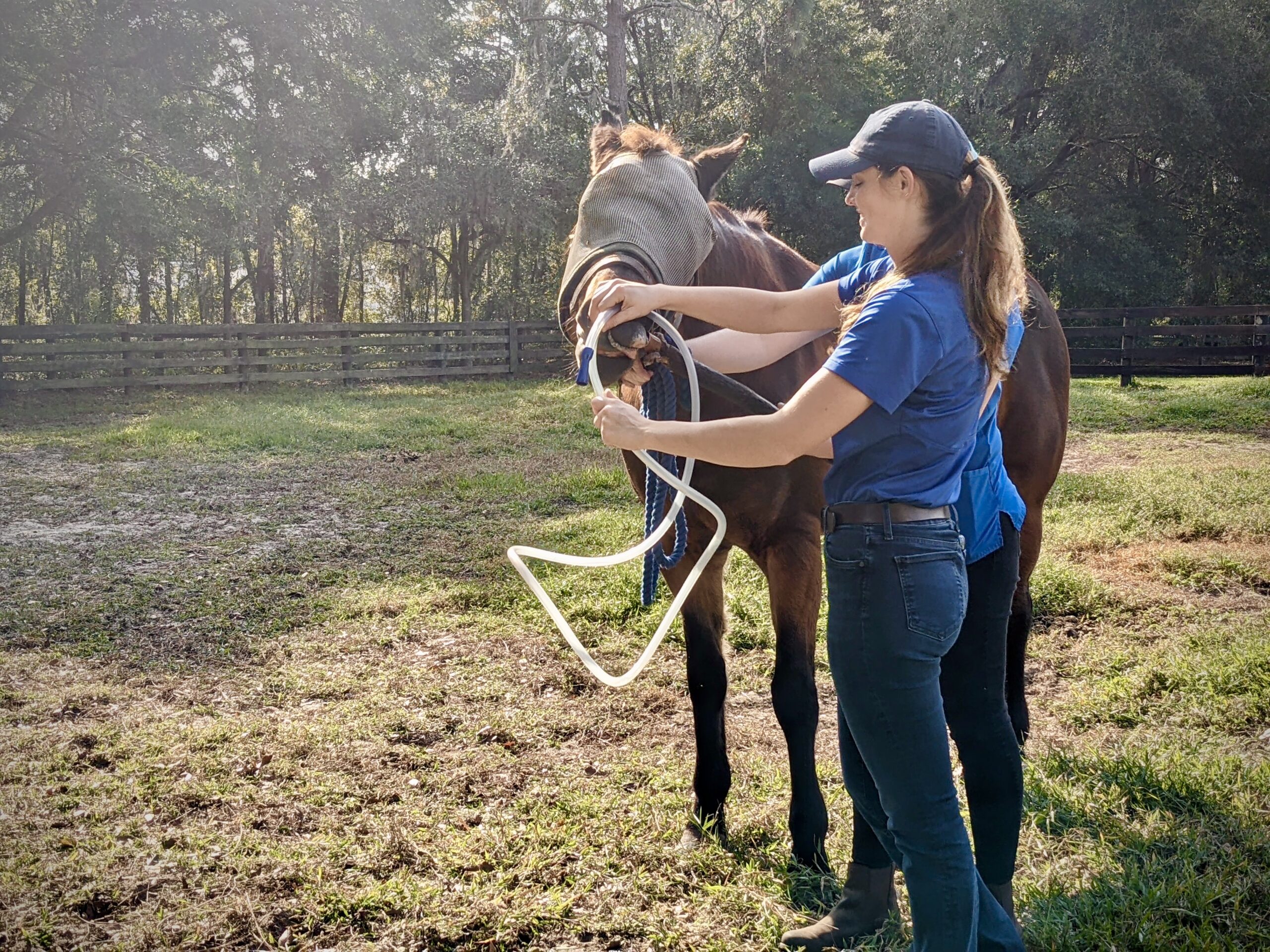 Choking is quite a common emergency that occurs in all equids. Unlike in humans, choke in horses and donkeys refers to an esophageal obstruction rather than a tracheal obstruction. Since the obstruction is in the esophagus and not the airway, they are still able to breathe. These can occur for a variety of reasons, such as eating too quickly, poor dentition and abnormal anatomy.

A tell-tale sign of choke is nasal discharge that consist of feed material. Other signs you may see include retching, hypersalivation, and colic-like signs. The horse may also appear anxious/distressed due to compression of the trachea from the mass in the esophagus. If any of these signs are noted, it is important to contact your veterinarian as soon as possible to reduce the risk of secondary complications.

Aspiration pneumonia is a serious complication that can occur by feed material running down the trachea and into the lungs. It is important to not administer water or medications orally during this time because of the increased likelihood of depositing foreign material into the lungs. Also, there is typically quite a bit of expulsion of the obstructed material through the mouth and nose as water is passed into the esophagus, again risking material moving into the lungs.

Another complication is an esophageal stricture. This is scarring of the esophagus due to damage and inflammation caused by the obstruction. The scarring narrows the diameter of the esophagus, which in turn increases the risk of future choke episodes.

Treatment following an episode includes antibiotics, anti-inflammatories, and very soft, moist feed. It is also important to check your horse’s temperature for a few days prior to NSAID administration to monitor for fevers, as this could be a sign of developing aspiration pneumonia. After treatment is complete, a dental examination should be performed to determine if poor dentition and inadequate chewing resulted in the choke episode. 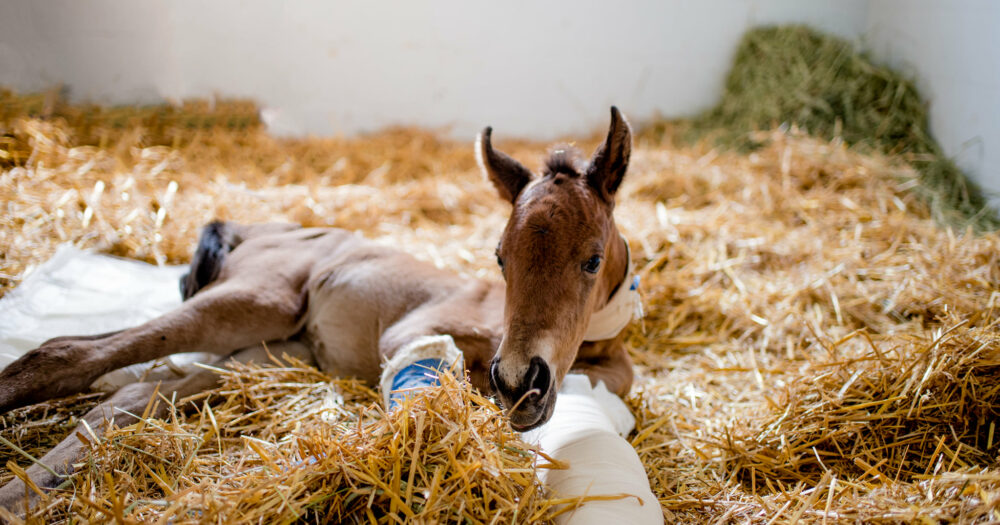